Mix comes with a good set of tools, but it’s true power can be seen when we try to configure it. Mix makes it awfully easy to provide some basic configurations and overrides. One such configuration is aliases.

One of the top features in OTP 20 is shell history persistence. So in the Eshell, you can access history from a previous shell by pressing ↑ and ↓ arrow keys.

Now that I have started writing more blog posts, I have been thinking more about spell checking. :) 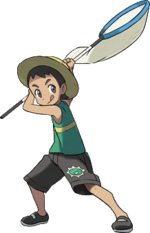